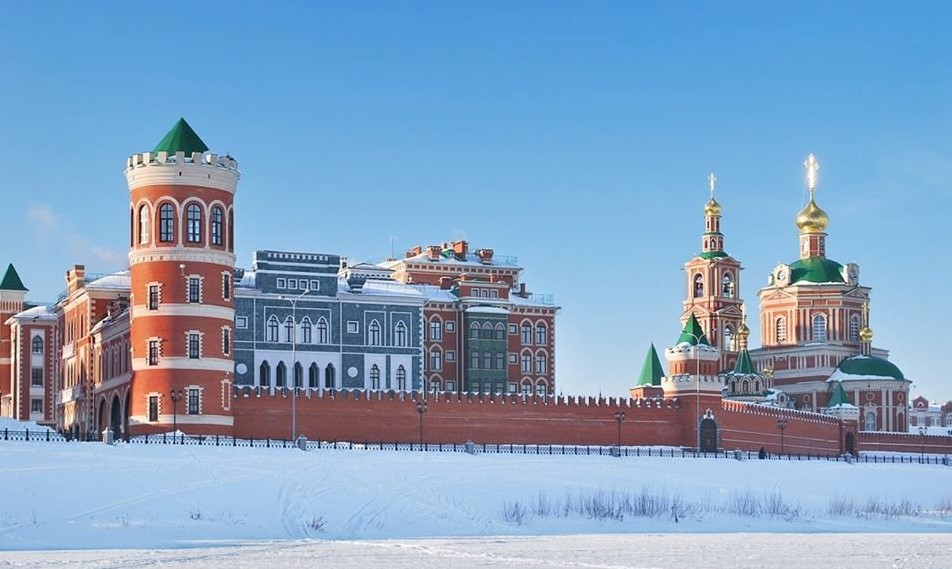 Yoshkar-Ola is the capital of the Republic of Mari El under the Russian Federation. The city, which has an airport, is also located on the train line between Moscow and Kazan.

Yoskar-Ola means red city in Mari language (Çırmiş). The city, which was called Çaryovokoksaysk (Çirmişçe: Tsarla) during the Tsarist period, was first called Krasnokokshaysk during the Soviet Union period and then took its current name. The old names of the city come from the Küçük Kokşaga river that runs through it. The motif of shelter is used in the coat of arms of the city.